Fire Arm is part of the Fire Hedgehog tribe on Vexia . Fire Arm is an elite combat fighter with quick and fast jabs and punches . He is very fast and is the fastest in his tribe. Fire Arm is the oldest of his family consisting of Volco who is his blood brother and Thunder Punch who is his adopted brother. Fire Arm was chosen at the Age of 12 to guard the Fire Master Monster Gem . It is the Fire Hedgehog tribe’s duty to protect it from other hostile tribes. There are 4 master Gems total around Vexia. Fire Arm is very easy to anger but is very loyal. He takes his job very seriously and is one of the reason why he and Thunder Punch don’t get along.

Fire Arm wears a hand woven shirt by his mother and wears special yellow gloves that are used to help him control his Pyro-kinetic powers. He has red shoes with white tips, green souls, and square rings attached to the side.

Fire Arm is one of the 4 guardians of the master monster gems. Fire Arm's power can easily be boosted from tapping into the fire master gem. Fire Arm is a close combat type of guy who uses fast and very powerful jabs, punches, and kicks to defeat his foes. Fire Arm's most reconsidered ability is that his attacks can leave a burn effect that if not treated can set an individuals wounds on fire! Fire Arm can obtain a super ability known as Fire Knight. In this form the hedgehog is powerful enough to control lava, melt the ground, and even call out for help from the spirit of the master gem. (This hardly ever works.)

Fire Arm is very easy to tick off due to his family heritage.  He can be rash and truly doesn't understand how people like Thunder Punch can just deny a sacred duty. Fire Arm is reasonably smart and can remember over 150 marshal art moves that were taught to him by his dad Coal, the leader of the Fire Hedgehog tribe. When it comes to Ruza The Cat he is very protective towards her and will do anything to make her smile (this is one of the few times Fire Arm will show his soft side).

Sonic the hedgehog (other dimension).

Tails the fox (other dimension).

Knuckles the echidna (other dimension).

Silver The Hedgehog (other dimension). 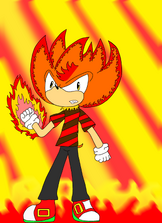 Fire Arm made on paint.net 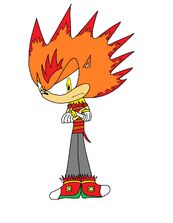 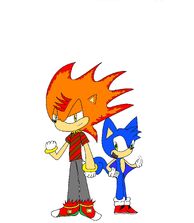 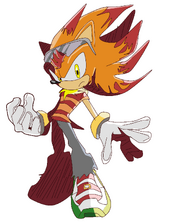 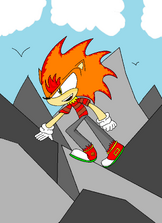 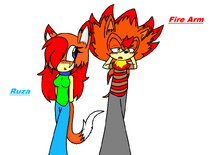 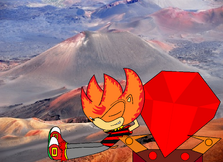 Fire Arm sleeping on the job 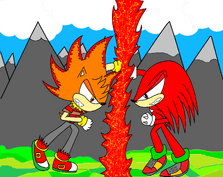 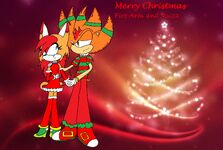 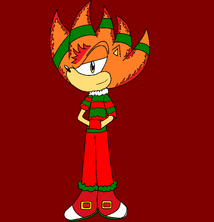 Christmas Fire Arm
Add a photo to this gallery
Retrieved from "https://vexian-encyclopedia.fandom.com/wiki/Fire_Arm_the_Hedgehog?oldid=4240"
Community content is available under CC-BY-SA unless otherwise noted.